Anatomy of Vasectomy and Biological Implications

Before Vasectomy: The vas deferens transport sperm from the epididymis in anticipation of ejaculation. The epididymis is on the posterior surface of the testis and stores and sperm as they mature. There are two ducts, connecting the left and right epididymis to the ejaculatory ducts in order to move sperm. In humans, each tube is about 30 centimeters long. During ejaculation the smooth muscle in the walls of the vas deferens contracts reflexively, thus propelling the sperm forward. The sperm is transferred from the vas deferens into the urethra, collecting secretions from the male accessory sex glands such as the seminal vesicles, prostate gland, and the bulbourethral glands, which form the bulk of semen. 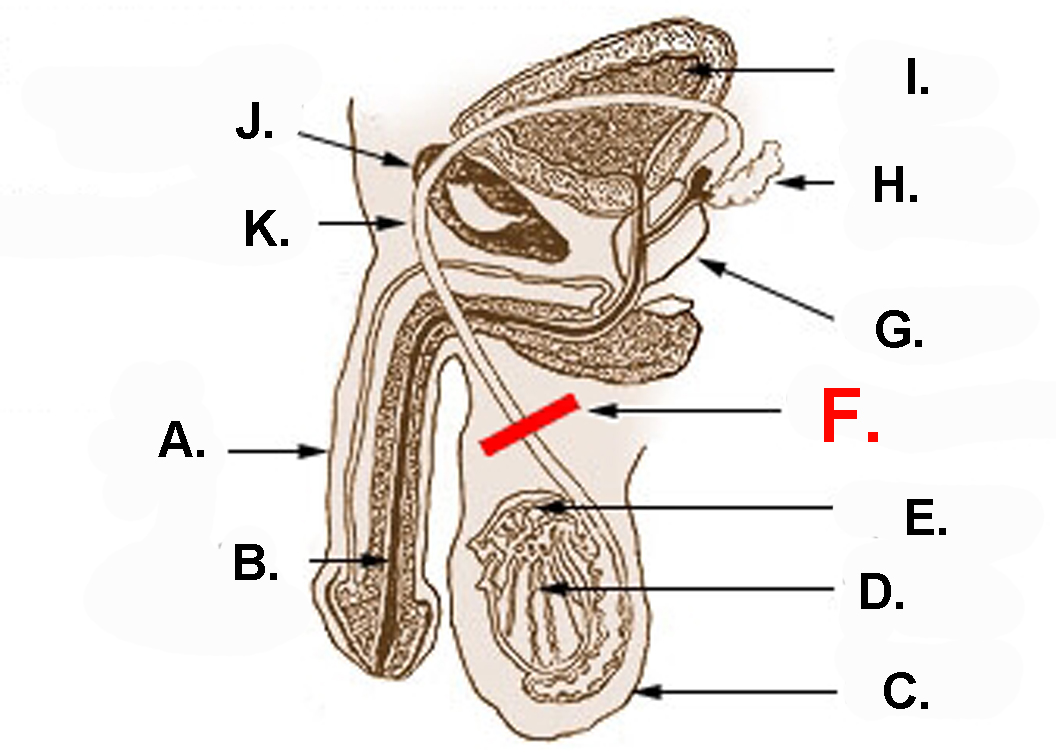 Diagram showing the usual location of a vasectomy:

During the Vasectomy: The vasectomy procedure is a method of contraception or male sterilization in which the vasa deferentia (plural for vas deferens) are permanently cut. During the procedure, the vasa deferentia are severed, and then sealed in a manner such to prevent sperm from entering into the seminal stream (ejaculate). Our No-scalpel vasectomy entails using sharp hemostat (as opposed to a scalpel) to puncture the scrotum, then severing and sealing the vasa deferentia.

After Vasectomy: the tube running from testes to the penis is no longer connected. The testes are still very much alive and functioning; Leydig cells continue to produce testosterone and hormones, which continue to be absorbed into blood. Sperm are still made by the testes. The only difference is that the path that sperm travels is interrupted. Sperm that is produced is broken down by the body. The epididymis’s membranes absorb the liquid created, while solids substances are broken down by macrophages and absorbed into the bloodstream. With the increase of stagnant sperm, the membranes of the epididymis increase in size to absorb more liquid. The immune system increases the amount of macrophages to handle an increase of solid waste.